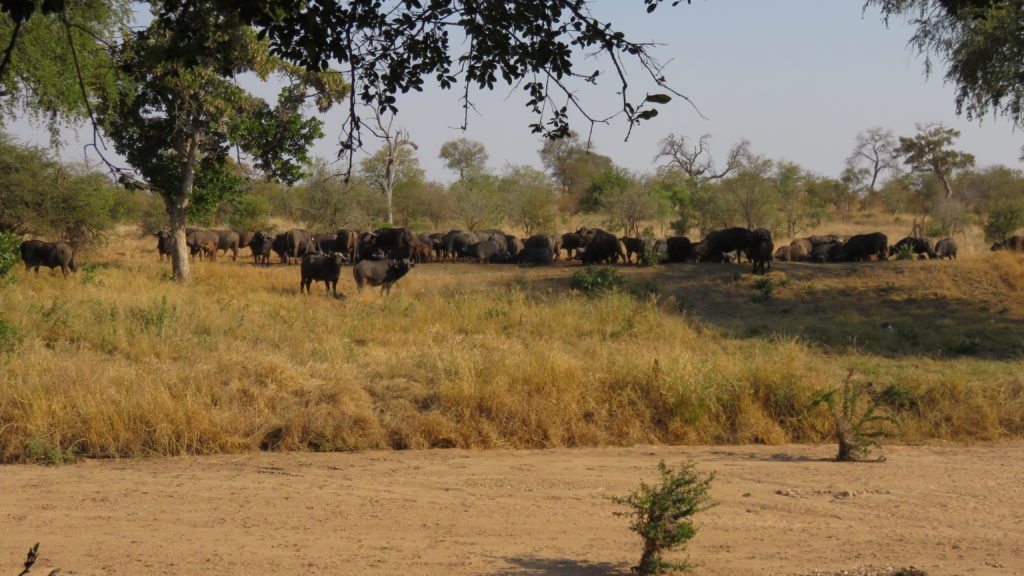 The drought of past years caused the multiple Buffalo herds that have been present in the Klaserie to decline significantly as these bovines moved to areas where there was adequate grazing. This has a significant effect on the tourist experience as it became somewhat arduous to find them and in addition  it affected the amount of lion activity as it is common for lions to hunt Cape Buffalo as a prime food source. This is primarily a result of efficiency as the the animal is large,often weighing 500 kg or more and can thus keep a lion pride satiated for a long time. With the scarceness of buffalo, the lion prides in the Klaserie became more dispersed,with larger territories and often preying on different species such as giraffe.

A characteristic feature of the adult Cape Buffalo are its horns which have fused bases that form a continuous bone across the top of the head This is often referred to as the “boss”and many can be seen in the bush veld from prior lion kills,sometimes moved by hyenas. These animals are regarded as among the most dangerous animals on the African continent, and according to some estimates they gore, trample, and kill over 200 people every year.

The return of the the rain this past summer and the associated grasses that have grown have allowed us to see the return of the familiar herds that were seen so often just a few years ago.