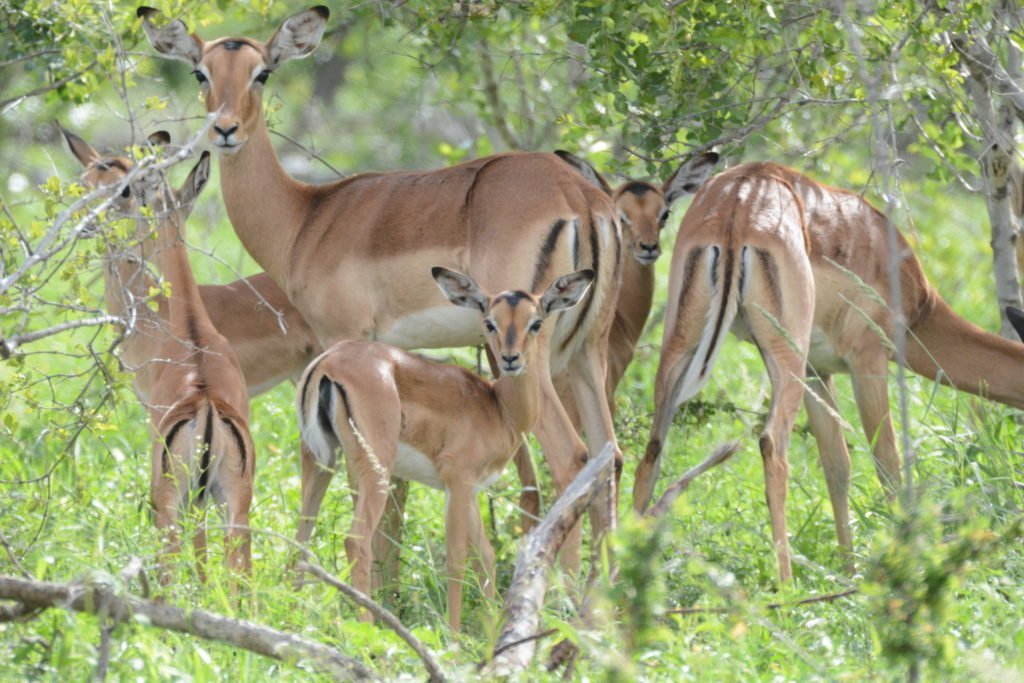 a new Impala mom with her fawn

The common impala is always seen on a safari visit to Senalala as it is the most common ungulate in the greater Kruger national park. This stunning photo shows the true beauty of this animal, a new mom with her fawn. You can read all about this antelope  here as well as a few snippets of lesser known information as follows.

Impala number almost 175,000 in the Greater Kruger National Park but it is hard to understand what effect the latest drought has had on their overall numbers. they appear to be in somewhat decent condition in our area ( The Klaserie). They have recently given birth to their offspring and the advent of summer has brought the much needed rains that will allow for vegetation growth and the sustainability of the many herds of this animal.

They almost always give birth to a single newborn but it does occur where they have twins. in fact we were stunned to see this on game drive a few weeks ago but were unable to capture an image. It is an occurrence that is quite rare and many experienced guides have not seen this.

It is always mentioned that they are a prey species for lions,leopards and cheetah but in fact they are probably eaten as frequently by the spotted hyena that is  not always thought of as a hunter when in fact they likely get in excess of 70% of their food from hunting.

Finally, there is actually a problem with the high numbers of this species in the park as the have become somewhat of a pest by eating the small seedlings of very important trees, such as the marula, and they are having an impact on the overall biodiversity of the park.