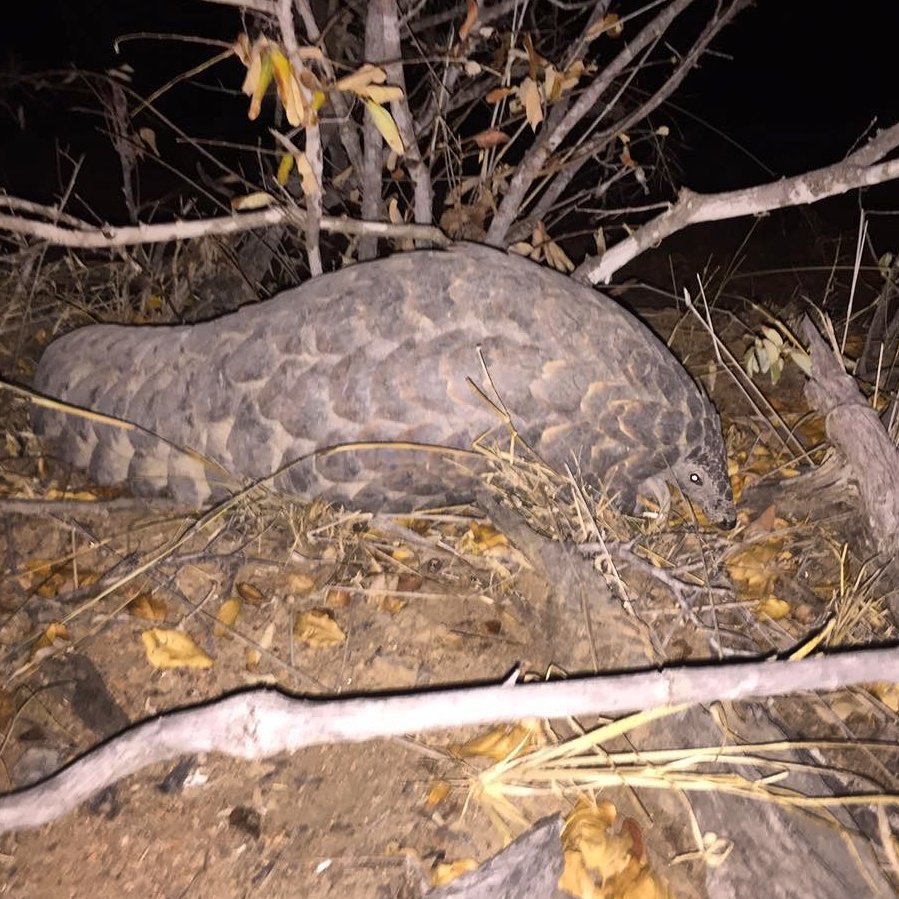 Many professional guides never get to see one of these in the wild ……..they are that elusive!

This Ground Pangolin (Smutsia temminckii) is one of eight species found on two continents, Asia and Africa. Pangolins have a keen sense of smell and hearing but poor vision.

This solitary, mostly nocturnal  creature is also called a scaly anteater because of its diet. They have powerful front claws,which are not useful for walking, but used to tear up anthills and termite mounds where they then utilize their long sticky tongue to catch the termites or ants.

They are covered in tough overlapping scales and the animal uses its long tail to counterbalance its body while using its hind legs to walk.

Their full body armor of scales makes them easily recognizable and when startled they usually cover their head with their front legs and if molested they will roll up into a ball ,sometimes lashing out with their sharp scales in defense.

Unfortunately it is the often the victim of poaching, prized for its scales and meat. It is listed as vulnerable on the IUCN Red List of Threatened Species.

The Klaserie somehow manages to constantly produce wildlife spectacles as we have been fortunate to have seen two of these rare animals on game drive in the last month.